Stories about courageous women through time. 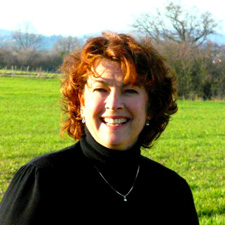 I grew up in Wollongong, Australia, where I worked as a general nurse and midwife for fifteen years.

Since completing a creative writing course sixteen  years ago, several of my short stories have won awards, notably the Writers Bureau annual competition of 2004 and my stories have been published widely in anthologies and small press magazines. My articles on French culture and tradition are published in international magazines such as France Magazine, France Today and The Good Life France.

I am the author of the French historical The Bone Angel series:Three French village midwife-healers. Three stories spanning six hundred years. Three women linked by an ancient bone talisman and bonded by living through turbulent times: the Black Death, the French Revolution, the WWII Nazi Occupation. Each brings its own threats and dangers, in this boxset of historical novels based on real events.

Each story can be read as a standalone.

Spirit of Lost Angels is set during the french revolution, Wolfsangel takes place during WWII and Blood Rose Angel during the great plague.

The first book in my Australian series, The Silent Kookaburra is a domestic noir, psychological suspense set in 1970s Australia.
The second in the series, The Swooping Magpie, is currently under revision.

The third in the series, The Lost Blackbird, based on real events, was published in August, 2020.